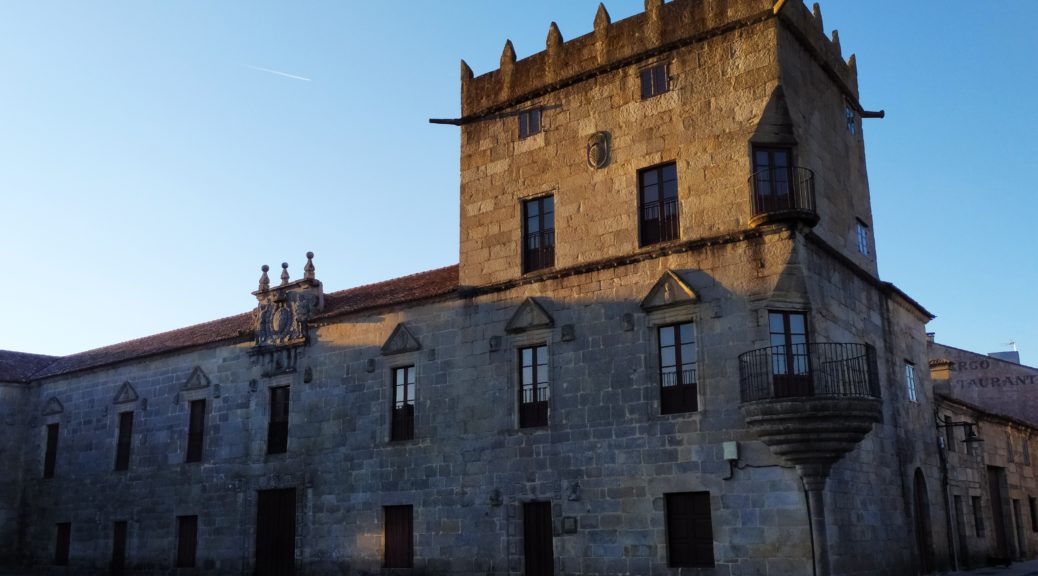 At this stage we go through the Salnes Valley, the heart of Albariño wine and we know all its history. We will walk through the historic center of Cambados admiring its stone houses and the perfectly preserved manor houses. At the mouth of the Umia River we will see the small farms where the vineyards close to the Atlantic are cultivated, in an environment of great natural beauty refuge of many species of birds. To finish off we approach the Ruta da Pedra and da Auga, to ascend between the rapids of the river and its mills to the Monastery of Armenteira, closely linked to the history of the Albariño and spiritual center of the region.

Make your reservation for the GWF Rias Baixas Program

In this stage we will visit the Val del Salnes, where 70% of the Albariño wine from Galicia is produced. Although there is a theory that indicates that the monks of Cluny brought the Albariña grape to the monastery of Armenteira, the most serious research indicates that it is an indigenous grape from the south of Galicia, to which the monks surely gave a push and a level jump in its cultivation, which is perfectly adapted to the climatic conditions offered by the valley, with a very pronounced Atlantic maritime influence.

A wine that was produced in the monasteries until the 18th century when, after the confiscation of Mendizábal, religious orders lose their power and this Albariña grape goes on to be grown on the grounds of the Galician pazos creating a wine of high graduation and a remarkable acidity , with great aromatic potential with floral nuances. Since 1980, the Rías Baixas Designation of Origin is launched, the promotion and dissemination has not stopped growing. We are facing one of the most appreciated white wines in the world.

The Pazo de Fefiñáns is a very good example of these stately pazos, which brought the population around them. Although it was started in 1583 by Gonzalo de Valladares, the building was built in different stages and several styles can be appreciated. With an L-shaped floor, its crenellated tower and the large circular balconies of the facade stand out. Above the entrance gates we can see the heraldic shields of the family lineages that inhabited it.

Across the small bridge is the Tower of Homage with a curious inscription on its facade. In its gardens, in addition to a century-old forest, ancient vineyards, prior to phylloxera, parts of the maze of the eighteenth century and two baroque fountains are preserved. Currently, in the lower part of the Palace, there are two different wineries that can be visited, which tell their story and show part of their dependencies.

Just in front of the pazo is the Church of San Benito, which was completely rebuilt at the beginning of the 17th century by the same owner of the pazo. Neoclassical architecture with its two baroque bell towers, in the interior chapels are the graves of Gonzalo de Valladares and his wife, María Ozores, escorted by two granite warriors, known as the Balboa.

After this introduction to Albariño and the feudal lords who continued the good winemaking of the monks, we continue the walk through the careful historical center of Cambados, with wide streets and beautiful houses where the stone is permanently present. From the first half of the fifteenth century until today, the town is structured in three neighborhoods: Fefiñáns, Cambados and San Tomé.

We pass through the Municipal Market, where a wide variety of fish and the freshest seafood are marketed, and continue along the promenade to the Barrio de Santo Tomé, the most marine neighborhood of Cambados, where small boats rest on the beach to recover from The hard days at sea.

Here is the Pazo de Montesacro, built by Don Diego de Zárate and Murga in the 18th century, in the Baroque style and in which its enormous coat of arms stands out. It is currently an asylum.

From the walk a platform takes us to the Island of Figueira and the Tower of San Sadurniño, which some authors place in a defensive framework, next to those of A Lanzada and Catoira, to warn Santiago of the presence of Norman and Viking pirates, so common on these coasts. It was built in the ninth century and, at present, of the old fortress, only two walls of the tower are preserved.

We continue our way through the vineyards of the Castrelo neighborhood until we reach the river. The Umia River is the backbone of this Salnés valley and the main livelihood of the Albariña grape throughout its entire course. On its banks we can find a great deal of life and, at this mouth, a large number of migratory birds stop to rest.

We leave the river to make a part of the track that brings us closer to the small private vineyards, with which hundreds of small producers make their homemade wine that coexists with that of the large wineries and cooperatives. Upon arriving at Castrelo Bridge, we continue walking the river along a wide path in spectacular surroundings until we reach Barrantes Bridge, which we must cross to continue the route.

Thus we arrived at the great building of the Pazo de Barrantes, whose origins date back to 1511, always linked to the Creixell family and witnessing relevant events in the recent history of Galicia. Highlights the grandeur of the building and the poor ornamentation of the facade, with a semicircular arch and a shield above the oculus. After the gate we enter the large courtyard, around which all the units are articulated with the chapel, the dovecote and, separated by a granary, the vineyards.

After crossing the highway, we begin the Stone and Water Route, where we will ascend the banks of the Armenteira River that descends impetuously from Mount Castrove. Galicia is the country of a thousand rivers and, in each one that falls with force, the local people used the ingenuity to build these mills, taking advantage of that force of water to grind the cereal. The system is simple, the water is channeled and thrown with force against the rubble on which the wheel rotates. On this walk we will see the remains of dozens of these mills, some of them very well restored.

Around these mills a good part of the life of the local people happened. Waiting for the grinding, stories were told, leisure activities were celebrated and many couples were made. From these parties in the mills the Galician folk dance is born: the muiñeira. As you can see, each step on this road is full of history in stone that makes up the image of this region of Salnés and its inhabitants.

We continue upriver until we reach the Monastery of Armenteira, the end point of this stage and spiritual center of the entire Salnes Valley.

Ero was a gentleman of the court of King Alfonso VII who had no children. One night, he and his wife had the same dream in which the Virgin appeared to them and assured them that it was God’s will that they had many spiritual children. This is how Ero founded the Monastery of Armenteira in 1150 and became an abbot. Legend has it that Abbot Ero, on one of his meditation walks, falls asleep listening to the song of a blackbird. When he wakes up and returns to the monastery, 300 years have passed and nothing is the same.

This legend is reflected in the Cantigas de Santa María, written in Galician-Portuguese in the court of King Alfonso X the Wise during the second half of the thirteenth century, being one of the most important song collections of medieval literature in the West. In a troubadour style, it differs from the overtly profane theme of the troubadours of the rest of Europe and the sacred music of the time.

In 1162 the Armenteira Monastery appears in documents of the Cistercian Order, inhabited by a small community of monks. The confiscation of 1837 obliges the monks to leave the monastery, beginning a period of decline that lasts until 1961 when the “Friends of Armenteira” association is founded, which begins its reconstruction little by little. At present, a group of Cistercian nuns live in the monastery, selling their natural cosmetics products obtained by themselves from plants such as camellia.

The church is a clear example of a Cistercian temple that seeks simplicity and austerity so as not to distract monks’ prayer and meditation. Of great architectural quality, it is formed by three naves with five sections covered by slightly pointed vaults and a crucero covered by a Mudejar-style dome. In the central nave, the rose window lets in a dim light. On the facade we see a cover with six semicircular archivolts resting on columns.

Of the primitive cloister, begun in the 16th century, only the access door is preserved. In the current one, which is attached to the church, we can see two totally differentiated floors: the lower Renaissance with ribbed vaults and the more austere neoclassical superior.

We finish here this stage that has taken us through the heart of the Salnes Valley, knowing its best secrets and enjoying beautiful landscapes.